The slightly different mini-golf: Soccer golf on the Lower Rhine 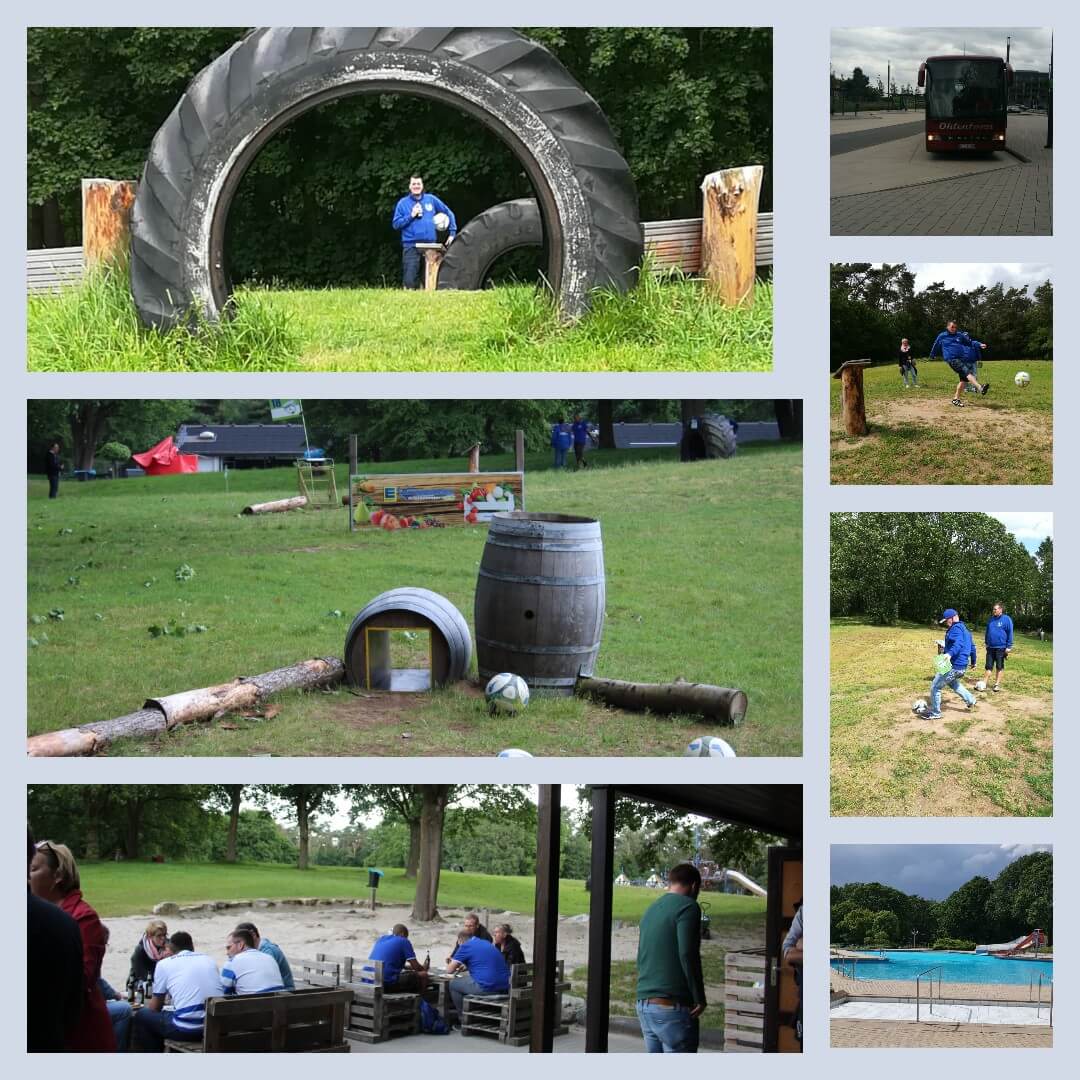 On Saturday, 08 of June 2019, the summer party of the Luckys took place. The weather in the morning couldn't have been worse: it was stormy, cool and there was actually a weather warning for the day and yet the weather god, despite a few short rain showers later, was very kind to us on this day and also the sun could be seen.

Punctually at 12:45 o'clock the bus started, with an intermediate stop at the MSV-Arena, towards Walbeck (Geldern) to the Waldfreibad, where the soccer golf game should take place.

Arrived in Walbeck around 14 o'clock, the game could begin after the registration at the operator and a short orientation phase. In total there were 18 courses to master and although some of them looked easy at first sight and you just had to shoot straight ahead, they demanded - besides the wind - a lot of skill. But that didn't stop the fun, from time to time one cheated when nobody looked and so the time passed by.

Around 17 o'clock most of the groups had finished all except 2 lanes and there was a small refreshment from the barbecue with salad. After the refreshment and new motivation the last courses were finished. Before we returned with the bus to Duisburg at 19 o'clock, the remaining time was still used for small talks.

All in all the day was a lot of fun and can be repeated with pleasure.