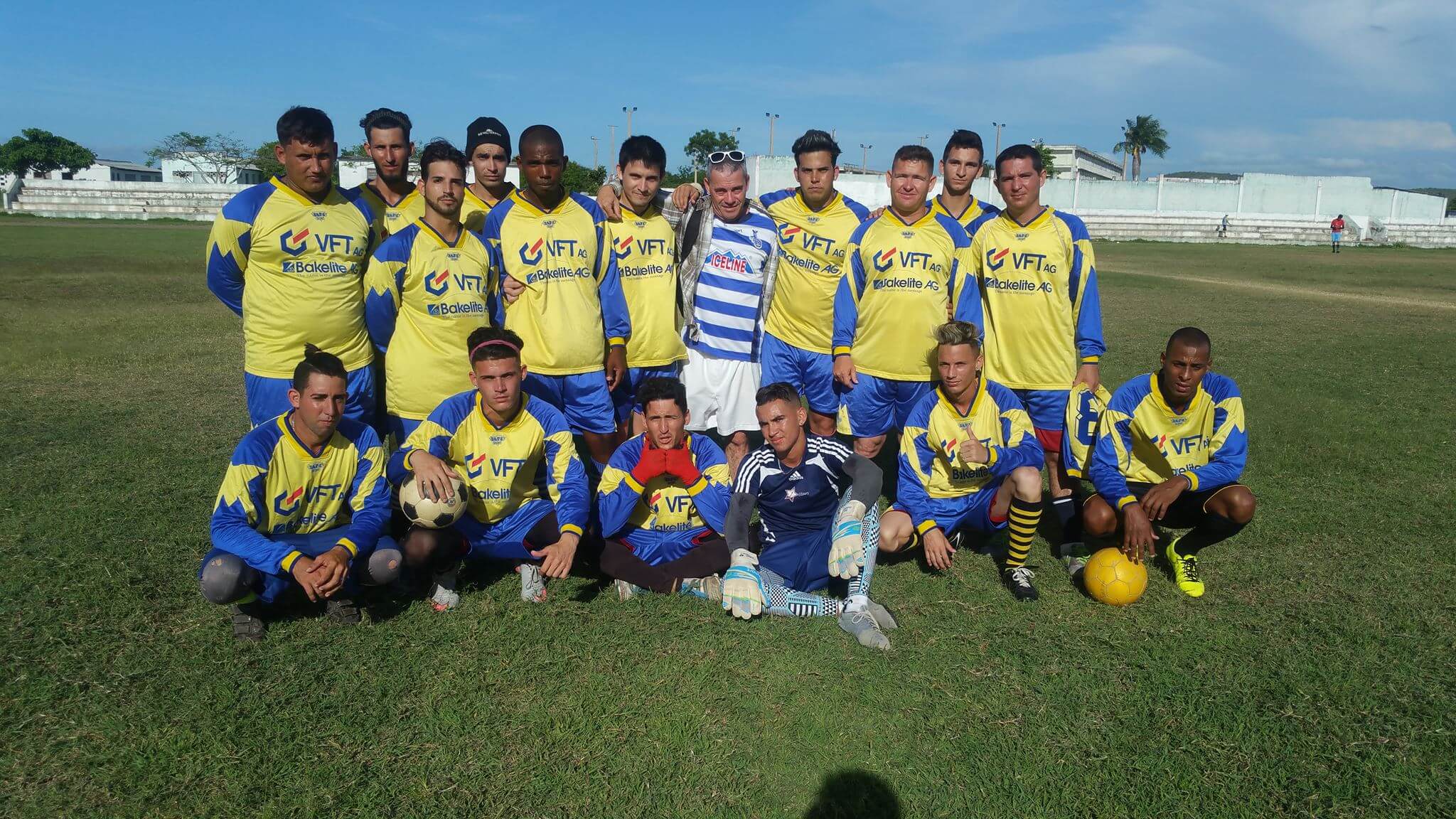 In May 2017, I put a picture on my Facebook page showing my wife Susanne, me and the "Las Estrellas" in Cuba, to whom we visited this year because we had bought them MSV tricots, shoes and balls in the years before.

One of my Facebook friends put a comment under the picture that they didn't even wear shoes. It was meant funny because the only one who didn't wear football shoes was me. But since it is not normal that the Cubans have football shoes and uniform tricots either.

Kurt Olschewski took up this comment and offered me the possibility to do something in the matter of shoes or tricots. A few months later, he contacted me again that he had no shoes but a set of tricots with trousers in yellow-blue and two sets of tricots in green. All of Grün-Weiß Roland Meiderich, to whose he has good connections.

Then we briefly agreed that I would pick up the tricots the next day and shortly afterwards I sent them.

The problem is, that such a parcel may not be so heavy, further it already costs EUR 16.00 for the shipper and plus the Cuban still have to pay a lot of money for a certain allowed extra weight at the pickup. Unfortunately he can only do this to a limited extent. Besides it takes a little longer until such a parcel arrives in Cuba and of course other things are needed again and again.

Despite these circumstances and the help of Detlef Jentsch, a friend from our Lucky-Zebras 97 fan club, we had all our tricots and trousers in Cuba until the end of July 2018. In addition, from time to time shoes and other small things were sent and there was also an urgently needed ball in between.

The "Los Tigres", a friendly football team of the "Las Estrellas", have got the yellow-blue tricots. The „Las Estrellas“ will use the green-white ones as alternative tricots should someone of the other teams in the league also play in a blue-white tricot, or in case that they are in the laundry J

The "Las Estrellas" as well as the "Los Tigres" and the other teams of their league thank Grün-Weiß Roland Meiderich, Kurt Olschewski, Detlef Jentsch, Hans Wolkinger and the Lucky-Zebras 97 for their great support.